Dear Brothers and Sisters of the Upper Midwest Diocese,

Mark was first arrested in 2019 for and charged with ten counts of sexual assault and abuse of a child who is his goddaughter. Since then, other survivors have come forward, alleging grooming, sexual abuse, and rape.

I am thankful for this ruling after a lengthy and challenging court proceeding. I pray that it brings a degree of closure to those involved. I am thankful any time a survivor receives a measure of justice here on earth.

This verdict attests to the deeply destructive reality of sexual abuse against a child. Sexual abuse of any kind, especially against a child, twists and defames God’s plan for humanity and has no place in the family of God. I grieve with and for those involved. I believe in the deep healing of Jesus’ cross and resurrection and, yet, I also know that there are scars survivors will carry until they see the Lord.

For those of you who are survivors of any abuse, whether involved in this situation or not, I hope and long for the true, final justice and healing that can only come from God. 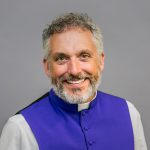 © 2023 Anglican Diocese of the Upper Midwest. All rights reserved.